Last week we had one of those days. You know the kind where everyone (including the 6 month old) wakes up in a bad mood…and it was a struggle. Finally, we got outside and stayed there for two hours.

We played, we ate lunch and I drank a much needed cup of coffee. And we redeemed the day. Kind of. But I feel like I’ve been walking around in that day for the last week, or, if I’m honest, the last year and a half.

When God delivered the people of Israel from slavery in Egypt He did it in a miraculous, incredible, very clear way.

Just in the escape itself there were the 10 plagues and the parting of the Red Sea. Then, after they had escaped He led them with a cloud by day and with fire by night. He fed them from the sky when they were hungry. He delivered their enemies in battle. He spoke to Moses on the mountain.

Yet, at almost every turn we see them doubt. We see them question whether He will provide. And we see a people who seem to have forgotten the provision God provided just yesterday or last week.

Today I was reading Deuteronomy 1 (with the ladies over at If:Equip). In this opening chapter, we see that God is bringing his people into the Promised Land. He has proven himself faithful again and again and the moment has come. And what do they do? They get scared. They accuse one another. They see a battle too big to win. And they retreat.

And it’s easy for us to see the ridiculousness of their actions. I mean, God provided food from the sky for goodness sakes! He parted the Red Sea. I think He can handle an army.

We climb on our high horse and we thank God that we are nothing like the people of Israel.

I am a woman who has seen my God provide. When I was very young, He delivered me from life threatening illness a few times. After longing for 4 years to be a mom, He delivered my first born in a miraculous, only-He-can-do sort of way. And then two years later, He allowed us to grow our family again in a story that screams of His presence and provision. In the past year, God has worked through Brandon to start a college that wasn’t even a full fledged idea just a year and a half ago. The God that we worship has brought children to my dear friends and family. He has brought healing to many loved ones. He has redeemed so many. He is working through my parents to conquer evil and bring redemption in the darkest of circumstances. Our life screams of His Faithfulness!

I am just like the people of Israel. I doubt Him. I doubt his provision. I rock my two miracles, I tuck them into their beds, I tell their stories with great excitement as a testimony to God’s faithfulness… Yet I live as if everything happens by own efforts. I doubt God’s provision at every step.

I am the one who asks But will He really provide?

And if I left it here, it would be a sad story indeed. But God, in his infinite mercy and grace, answers my doubt with Yes.

I am the one who is going before you, will fight for you… (Deuteronomy 1:30) 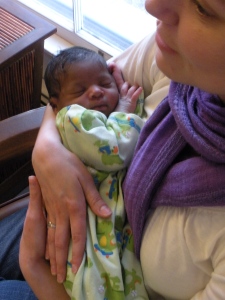 I am the one who gives peace beyond understanding. (Philippians 4).

And I am the one who

being in very nature God, did not consider equality with God something to be grasped, but made himself nothing, taking the very nature of a servant, being made in human likeness. And being found in appearance as a man, he humbled himself and became obedient to death–even death on a cross!

There’s God exalted him to the highest place and gave him the name that is above every name, that at the name of Jesus every knee should bow in heaven and on earth and under the earth, and every tongue confess that Jesus Christ is Lord, to the glory of God the Father. (Philippians 2) 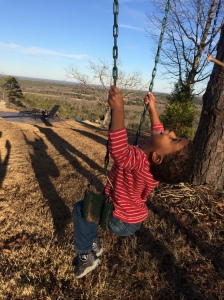 And, on days when I doubt whether He will provide. On days I doubt my own ability as a mother, as a writer, as a minister, as a wife, as a teacher…. He is. He is. He is.

What am I writing?

Learn more about the O’Briens